Home/Should You Have A Lager or a Pilsner? Why Not Both?/ABX Blog 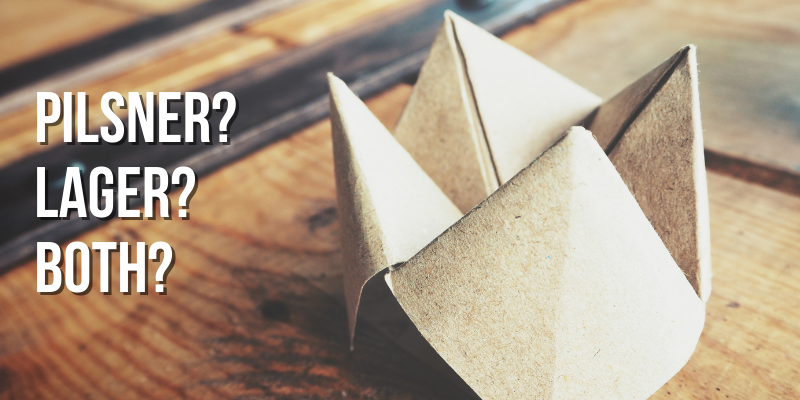 I'm sure you're aware that except for a few rare hybrids, generally speaking, all beer falls into two categories.  There are top fermented ales and bottom fermented lagers.  From there the varieties of ales and lagers seem endless.  In this column, I will deal with one style that is ubiquitous in mass produced beer but only recently has seen quite a resurgence in terms of the craft beer market.

The title of this column is a bit of a trick question.  Pilsners are, of course, a subset of lagers.  Lagers can range from crystal clear and nearly colourless to inky black and thick. Pilsners are in the former category and have long dominated the North American mass market.  It could be argued that many of these beers are pilsners in name only and fall woefully short of the often ethereal versions that have long been a part of artisanal beer production in many European countries.

For much of the craft beer revolution attention was given to more exotic styles, IPAs being the obvious example.  But the last three or four years has seen a dramatic increase in the number of decent to great craft pilsners on the shelves.  This provides a welcome diversion from all the wonderful, but often heavier, more complex ales that have dominated the craft market for so long.

Virtually all pilsners fall into one of two categories, German style and Czech style.  German style pilsners tend to be pale yellow and are often unfiltered and a bit hazy.  They can be quite highly carbonated and have a pronounced, lingering bitterness thanks to the use of Hallertau and other Noble Hops varieties.  They often have notes of honey and lemon and feature a dry, light mouthfeel.

Czech style pilsners are usually pale gold in colour and are very clear with a low to medium hop profile.  Highly prized Saaz hops are a touchstone of Czech Pils and lend slightly spicey notes.  The Czech style tends to be more malt forward and biscuity.  Carbonation is a little lower and mouthfeel is rounder and fuller.  The finish is crisp and refreshing.

The two principal defining factors of lager beer are cold storage (lagering) and bottom fermentation.  Lagering was the first of these to be implemented with beer stored in chilly caves or cellars filled with lake or river ice to cool it during summer months.  This practice originated in medieval times.  Bottom fermentation began in the early 1400s.  But when did pilsner emerge?

Pilsner beer is named for the ancient city of Plzen which is in the western part of what is now known as the Czech Republic, formerly known as The Kingdom of Bohemia.  In 1295 King Wenceslas II of Bohemia founded the town of New Plzen (now known as Plzen) and gave it's citizens the right to make and sell beer from their homes.  Malting guilds formed and eventually united.

Around 1840 the citizen brewers of Pilzen built a new, modern brewery and hired Josef Groll, a Bavarian brewer, to develop a bottom fermented beer.  Groll debuted his creation, believed to be the very first pale lager, on October 5th, 1842.  This new, wildly popular beer style was eventually named Pilsner Urquell, meaning original source pilsner.  It has been estimated that 90% of all beer produced in the world these days is based on the Pilsner Urquell model.

On a couple of occasions I have been fortunate enough to find Pilsner Urquell on tap in the States.  A nice, chilled pint of draft Urquell is a thing of beauty.  Unfortunately, in Canada you are likely to only find it in cans.  It's worth a try but pales (no pun intended) in comparison to the draft version.  A pilgrimage to the Czech Republic to enjoy a super fresh pint of Urquell in a Plzen pub is on the bucket list of many a beer nerd including myself.

The good news, as I mentioned earlier, is that there is an ever increasing number of really good craft pilsners being made in North America.  Pilsner is a style that is best enjoyed as fresh as possible so we are very lucky to have some excellent examples made very close to home.  If you're new to the craft version of this style I would recommend locally made Tailgunner Linton Stephenson Czech Pilsner or any of the pilsners from Slow Hand Brewery out of Vancouver.

My current habit is to begin a night of imbibing with a nice cold pilsner as a way to quench my thirst and wake up my palate before moving on to other styles.  A pilsner is also a nice way to introduce a newbie to craft beer before challenging them with less familiar and, perhaps, more challenging styles.