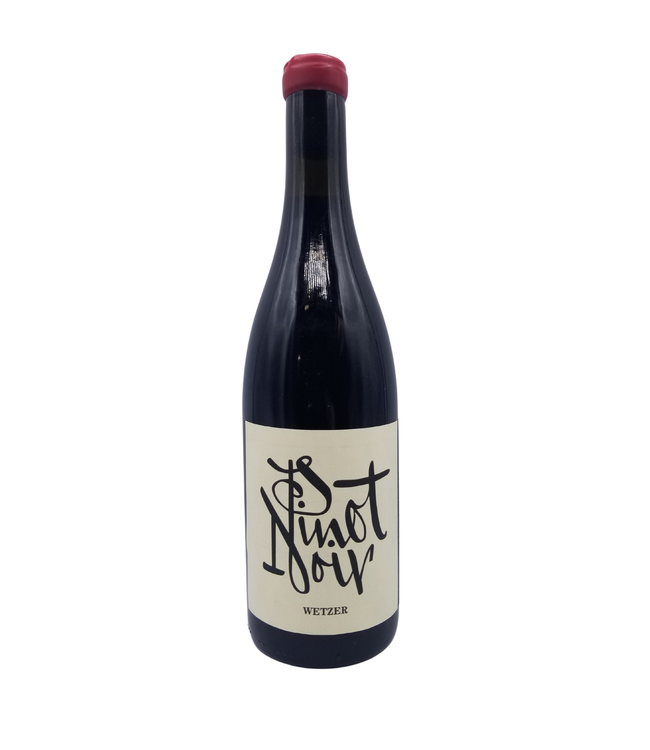 Red cherry with lovely floral, earthy, and mineral notes. Be sure to decant this one as it opens up beautifully! Read more..

Organic and made with minimal intervention. Winemaker Peter Wetzer found ancient records of a former vineyard on his family's land, as well as records of the region’s ancient wine trade. The discovery convinced him to try wineamking and now he uses an old press and wild yeasts, making everything by hand. "He seeks to make wines with personality and identity, with character influenced by their origin and heritage, made with traditional grape varieties which translate the sense of place," according to the importer.

Red cherry with lovely floral, earthy, and mineral notes. Be sure to decant this one as it opens up ..