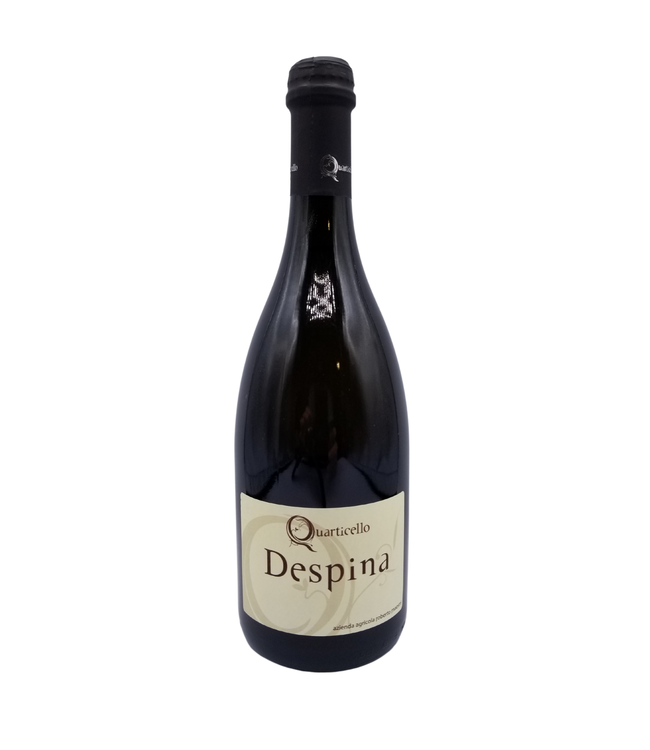 Malvasia Despina di Quarticello is a fresh and pleasant sparkling wine that comes from Malvasia Aromatica di Candia grapes. The nose recognizes pleasant aromatic and white-fleshed fruit aromas. On the sip it is very fresh and lively. 11.5% ABV Read more..

It is a traditional and artisanal method that the farmers used for the production of their wine. In the past the harvests were made in October, and with the arrival of the first winter cold the alcoholic fermentation stopped, leaving residual sugar. With the arrival of the first warm spring, fermentation resumed and the sugars were transformed into alcohol and carbon dioxide that remained inside the bottle, creating the sparkling wine, and since the yeasts were not broken they also remained inside, thus creating the "sur lie". The same procedure is used by modern winemakers who sometimes, instead of residual sugars, add sweet must. This technique is also called ancestral method referring to the French ancestral mèthode. The wines produced in this way are more veiled, with a fine bubble, and a taste of greater complexity, but certainly what amazes, is that the bottle disappears in a flash.

Malvasia Despina di Quarticello is a fresh and pleasant sparkling wine that comes from Malvasia Arom..